Football for the Over 35s is a key pillar of the Gibraltar Football Association's Grassroots programme. The emphasis is on keeping retired footballers actively involved in the game with a series of annual social fun themed events aimed at raising money for local charities.

If you are over the age of 35 and want to get involved contact the GFA's Veterans Football Coordinator Mr Leigh Thorne: leighthornevets@gibraltarfa.com the GFA's Grassroots Manager Mr Leslie Asquez: leslie.asquez@gibraltarfa.com or call +350 200 42941

The Cavalcade Cup was first played in 1991 and traditionally takes place every year, between New Years Day and the Gibraltar Cavalcade which parades along Main Street on the evening 5th of January.

Each year the winning team collects the Cavalcade Cup and all monies rased are presented to the Gibraltar Cavalcade Committee. 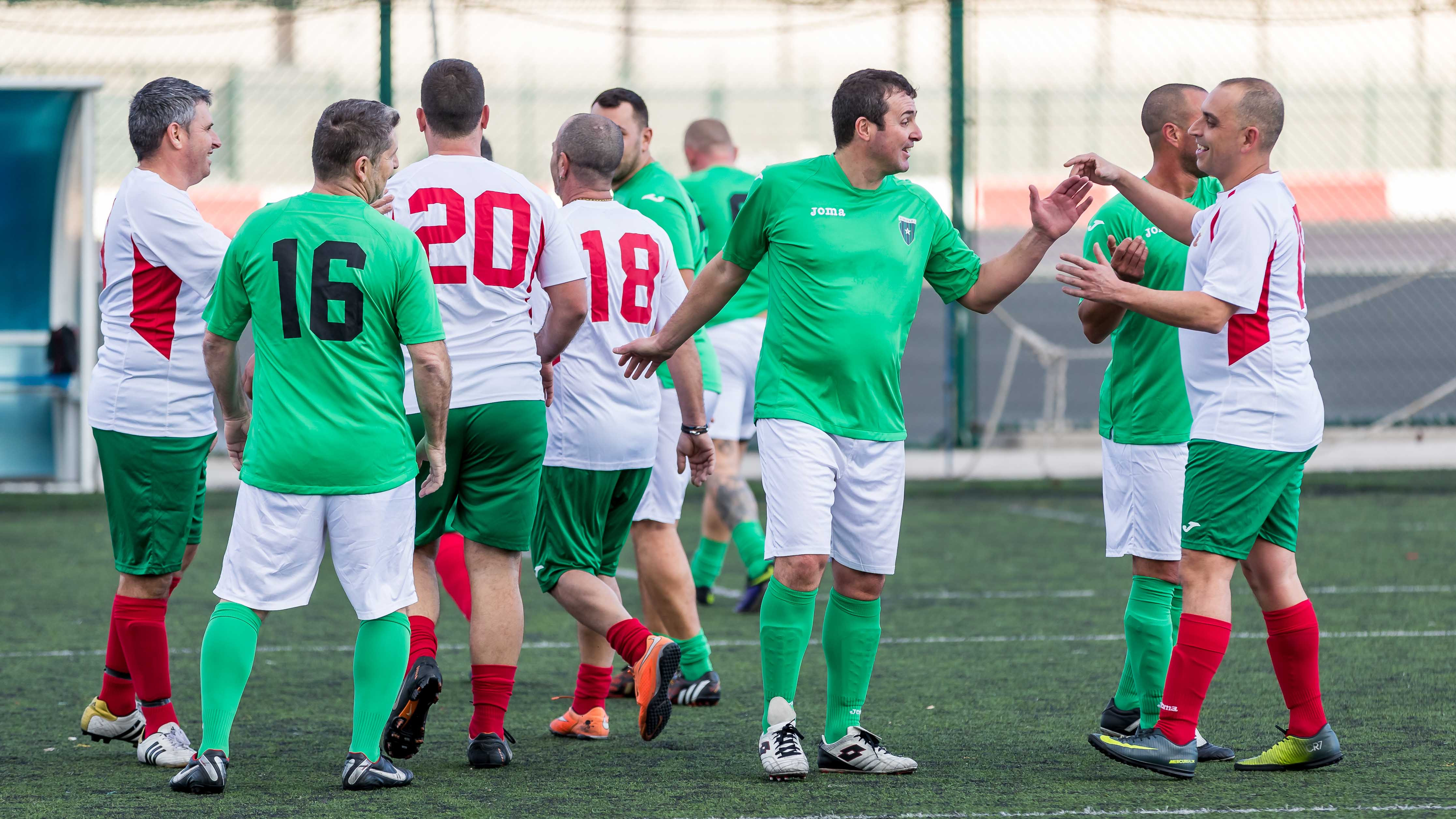 John Shephard was a bastion of Sports Journalism in Gibraltar, for over 50 years, covering all of the Rock's sporting events right up to his passing in November 2016.

A champion of Gibraltarian sporting talent in Spetember 2014 John finally got to witness, and indeed report on Gibraltar's National Football Team play in a competitive international as a full UEFA member, when Gibraltar took on Poland at the Estadio Algarve.

Whatever the weather John would always be seen with his notebook to hand and camera at the ready to caputre that important footballing moment across all forms of the beatiful game being played in Gibraltar.

His devotion and dedication to football accross the board, saw the GFA's Grassroots department, and especially Gibraltar's Veterans, look to honour John and out of this the Annual John Shephard Memorial Cup was born. It takes place every summer to remember a man who was at 'home' at the Victoria Stadium.

The Gibraltar Cup competition was introduced as an annual series of five matches between the GFA and the Combined Services team which included a number of players on the books of senior UK professional teams.

These games were fiercely contested by players and spectators alike, the stadium was usually filled to capacity and was an automatic Saturday evening draw for many of the troops.

Futsal is aslo played by Gibraltar's Veteran footballers. Many of whom had very successful 5-a-side careers before the various versions of the indoor game were brought together and regularised as Futsal.

The Veterans Futsal Charity Shield is played at the start of every domestic football season.

In 2018 the Veterans Futsal Charity Shield formed an integral part of the Gibraltar FA's Grassroots Week Activities which were held in October.